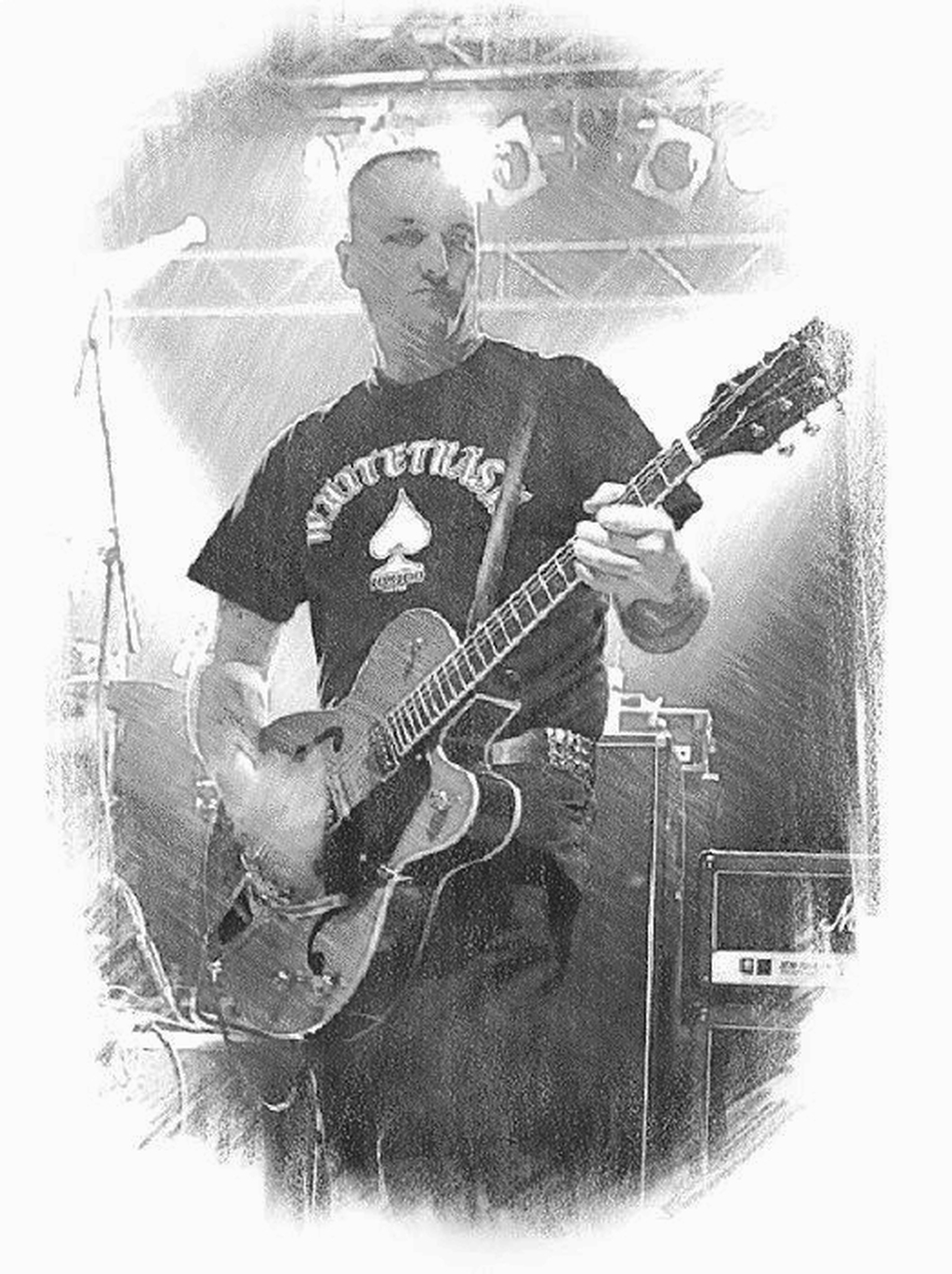 At the age of 12, Scott started learning to play guitar. By 14, he was playing his first gig as guitarist with Kilmarnock band “The Termites” at the Burnpark hotel, Kilmarnock.

Several record contracts followed - starting with “Fury Records” in 1987 and an EP on “Raucous Records” in 1988. The band toured around UK and continental Europe before an 1989 album on “Link Records”. In 2007, a second album was released - this time on German record label “Crazy Love Records”.